Are you Killing Your Team? 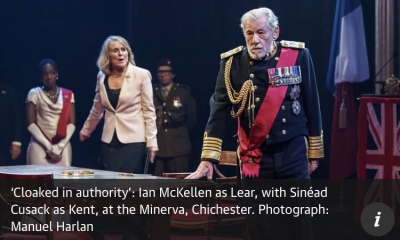 In Shakespeare’s play, King Lear, he tells the story of a mired and bitter old king who has long been out of the day-to-day details of his kingdom, and simply looking an exit strategy; all he seeks after is admiration and praise. These cheers fill his egotistical executive cup and he rewards accordingly and goes about dividing up his kingdom between his daughters to those who demonstrated the most love towards him. It was not a merit or results based management style.

It’s remarkable how 415 years ago Shakespeare could have captured so vividly, brilliantly, and perfectly what continues to happen with managers and leaders even today.

Shakespeare captured what I like to call “The Lear Mentality” or rather when a leader cares more about being liked than about doing what is necessary to drive the business forward.

I once worked with a consultant, who I’ll call Rick, who had taken over a large operation on a temporary basis. Rick had credentials a mile long; his career was filled with accomplishments and accolades that were truly impressive. Yet, his insecurities could not help but seep through.

As the consulting engagement grew more challenging, Rick started to focus more of his time and energy with those that praised and appreciated him. He even began to reward their flattery and avoided the team members and employees that challenged his thinking or ideas. He became more and more like Lear

As you can imagine, overtime this led to a cultural split within the organization – an internal group of haves and havenots if you will. It was not merit based and simply based on what Shakespeare had Lear ask of his daughters over four centuries ago:

“Which of you shall we say doth love us most,

That we our largest bounty may extend”

In many respects, leadership is doing what’s right but it isn’t always doing what’s good (at least in some people’s eyes). Geoff Colvin, contributor to Fortune, discussed leadership and popularity, and suggested Leadership is really, among other things, a tool so that we can do what others are not doing, without knowing how it will turn out but believing it’s for the best. And Colvin further suggested, as altruistic and noble as that sounds, it isn’t always so virtuous. Leadership is hard. It isn’t a popularity contest.

Lear’s second problem was he was not in the details of his business to truly make a wise decision and was therefore left vulnerable to emotional decisions. In working with sales teams over the last 20 years, we’ve seen over and over leaders manage “by their gut” and be consistently time and time again. The people we think are moving the needle are rarely the actually ones doing the work.

I have a saying that I remind my self often:

“Only Pilots Live at 30,000 feet. Everyone else is with people. Get out of your office.”

This applies to executives, managers, doctors, or whomever you want. Get with your teams, your customer base, your poeople, and engage. Be in the details of your business everyday.

Though every leader, particularly executive leaders, have a tendency to distance themselves as they advance in position, that doesn’t remove the accountability of knowing the data and being laser-focused on results. Don’t let emotions drive your behavior.

Managing Your Emotions as a Leader

Managing your emotions is a difficult balance for leaders because it is essential to show passion yet not let it truly influence your decision making. As we continue to recognize the need for more emotional intelligence as leaders (this is even cited from the World Economic Forum), it is important to understand how to master emotional balance.

Harvey Deutschendorf outlines Five Ways the Most Effective Leaders Manage Their Emotions and it plays nicely with what we are discussing here. He emphasis’s:

“[Leaders] do what’s right instead of what’s popular.”

Emotional decisions, especially when you are out of the details, tend to do what’s popular.

In the end, Lear ended up with nothing but a divided kingdom and everyone’s dead and they end up turning over his kingdom to someone else. Guess what, the exact same thing happened to Rick (except for the death part). He was eventually removed, nearly all of his direct reports were removed, and they started over.

• Get out of your office

This site uses Akismet to reduce spam. Learn how your comment data is processed.

Ready to Change Your Life?